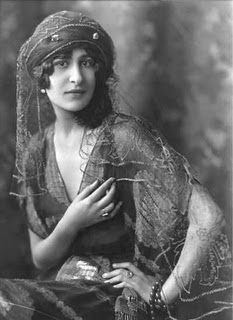 In response to requests from many of the citizens of Cluj who inhabit the pages of I Love Cluj on Facebook, I have scanned the pages which recount the story of Paddy and Angéla’s 1934 visit to Cluj in full.

This is taken from “Between the Woods and the Water”, the second volume of Patrick Leigh Fermor’s journey from London to Constantinople which commenced in December 1933 and ended with his arrival in Constantinople on New Year’s Day 1935. His time in Romania captures the beauty of the landscape, and the friendliness of the people be they aristocrat or peasant. It describes a time that would be lost forever due to the Second World War, which Paddy later described in an article for the Daily Telegraph as “Travels in a Land before Darkness Fell”.

His own extended sojourn in Romania was at Belani in Moldavia with the first love of his life, a young painter and Byzantine princess, Balasha Cantacuzene, whose family Paddy describes as part of an “old-fashioned, French-speaking, Tolstoyan, land-owning world. They were intensely civilised people.”

You can find pdfs of the story of the Cluj visit as follows (Cluj part starts page 143 but 142 gives you an introduction):

‘Between the Woods and the Water’

3 thoughts on “Angéla and Paddy’s visit to Cluj-Napoca”