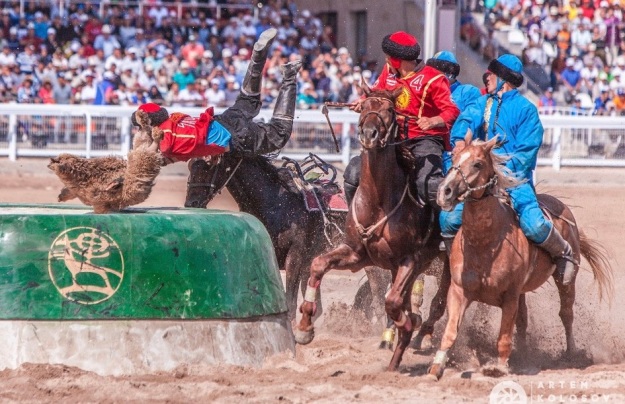 Here’s something interesting for you. Perhaps you have never heard of the World Nomad Games, but there have now been three events since 2014, all held in Kyrgyzstan. The last event in 2018 involved 2,000 participants with teams from 82 countries participating in 37 sports. The next in the series is to be held in Turkey, reportedly in Bursa in the north-west of the country near to Istanbul, and I am aiming to attend.

Some participating countries have long nomadic histories. Others are mainly there for the fun of the games. Sports include eagle hunting, bone throwing and mas-wrestling, a game involving two competitors attempting to wrest control of a small stick. Part of the mission of the games is to promote the revival and preservation of the historical heritage of nomadic people. There is strong and growing participation by women. 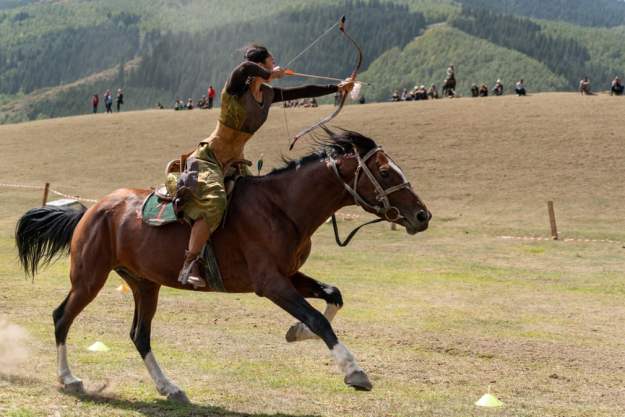 Aida Akhmatova from Kyrgyzstan fires at three targets along a 120-metre track before placing second for the women’s division of mounted archery. To make the competition fair, none of the athletes are familiar or accustomed to their horse, and the women must alternate the horses among them. Not only are they up against the challenge of hitting their targets, but also controlling their horse

The biggest draw and most fiercely contested of the sports is kok-boru, a violent Central Asian form of polo in which two teams battle for control of a decapitated goat carcass. Taking possession of the goat is a tricky manoeuvre in which the rider gallops past the carcass and swoops down to grab a leg and pull it up. There follows an almighty horse melee in which punches are thrown, whips fly and the goat is tugged back and forth, before one horseman emerges in a cloud of dust to gallop towards the goal, shaped like a paddling pool, and dunk the goat in to score.

There are few details available at present. Only brief press releases. Even the dates are unclear, but all previous events appear to have taken place in the first week of September. If there is enough interest it might be possible to arrange a small group of blog readers to attend. If you are interested just drop me a line. There will be nothing formal and the idea would purely be to have others to attend with. As I learn more I will keep you updated.

Visit the 2018 website to find out more about the event and view some amazing pictures.

The Legend of Kok Boru!