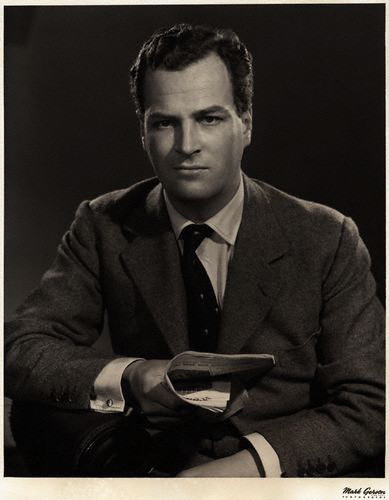 In all the excitement (or is it boredom) of the Covid-19 pandemic and lockdown, I failed to complete a post I was drafting in mid-March to mark ten years since starting this blog. So here it is!

By March 2010 I had been “blogging” for a year on my other site MyByzantine. It was a new world for me and I had enjoyed seeing that site grow from four visits in February 2009 to 1,600 a month one year later (and remaining over 2,000). That site has clocked up over 460,000 visits since its launch.

During that time I had also read all three volumes of John Julius Norwich’s Byzantium history series, losing one volume into the Shkumbin river in Albania when a laden donkey fell into the thrashing river losing my baggage during my journey to find the Via Egnatia in Albania and Macedonia (you can read an account here). The insurance claim process was amusing, but I digress.

Through John Julius Norwich I had discovered Paddy and started to read and enjoy his books. Doing a little bit of Googling I found out that Paddy had no website like most other authors, and from what I read was very unlikely to start one at his age. I had also found a lot of interesting material about him, and by him, scattered across numerous sites on the web. I decided to use my “skills” from the Byzantine blog to bring all this material together into one place. The idea of the Patrick Leigh Fermor blog was born.

The first post was not about Paddy at all, but an obituary of his SOE colleague Ralph Stockbridge. This was published on 21 March 2010, and has had over 800 views since then. This was followed by a couple of obits about Sophie Moss. Many other obituaries followed of George Lane, Paddy’s wife Joan, and John Craxton. It was a “soft launch”, but visits had risen from a massive 23 in March 2010 (I recall wondering if there was any interest in this aging writer), to over 2,200 by May. Since then there have been over 1,850,000 views!

It was very sad that Paddy died in the following year. By then the blog had a strong following with over 14,000 visits on the day that his death was announced. There are now 970 posts on the blog and I do have a great backlog of genuine Paddy related material, as well as the more prosaic that I now post that is, mostly, well received by you my dear readers. You continue to send me new material, and I can’t really keep up, especially now that I have to wash my hands every five minutes 🙂 .

I would like to finish by reposting the first article of new Paddy written material that I found and posted on 2 April 2010. It is from the Spectator and called Sex O’Clock High. Some of you may have been following from the start, others stumbling across this crazy site more recently. However long you have been reading I do hope that you all enjoy reading Sex O’Clock High. For some of you this might be the very first time you have read this amusing, and so typically Paddy piece.

Would you have been disappointed if you had met Paddy?

First published in The Spectator 14 October 2014

As we become steadily accustomed to life in the Age of Celebrity, it’s become a truth that, as Mark Mason put it in the Speccie last month, ‘meeting your heroes is almost always a bad idea’. Reading the letters page in the London Review of Books, it seems that this advice extends to visiting any place associated with your heroes. Last summer Max Long, an undergraduate at Magdalen College, Oxford, arrived at Patrick Leigh Fermor’s old house at Kardamyli in Greece, hoping to pay homage to one of his heroes (see The House is Not Always Empty). His visit, he reports, was unideal:

‘To the hairy, shirtless, sandalled old man who occupied Paddy’s studio as though he owned the place, and who refused entry on a sweaty August morning to a travelling student, despite his pleadings (and tears): you ruined a young man’s pilgrimage.’

It’s hard not to sympathise, particularly given the hospitality with which Fermor was himself received on his travels. But this kind of disenchantment isn’t exclusive to unsceptical youth. Jeremy Clarke laments the speed at which authors’ auras disperse:

‘Nothing lingers. When they’re gone, they’re gone. Even with a commemorative plaque on the wall, one is left only with a sense of vertigo at how easily all vestiges of even the recent past are obliterated and we move on.’

Both Long and Clarke are part of a rich tradition of disappointed pilgrims which began in the late 19th century, the joint result of improved transport networks and the growth of a mass audience for literature. In those days it was possible to be rebuffed by the great men themselves, as were the rather impatient tourists that called on Thomas Hardy in 1903:

‘[…] I have given mortal offence to some by not seeing them in the morning at any hour. I send down a message that they must come after 4 o’ clock, & they seem to go off in dudgeon.’

After any famous writer goes their own long journey, the difficulties of preserving their home for would-be pilgrims become more fraught: whether a literary shrine is tended or neglected, there will always be enthusiasts claiming that their idol has not been treated appropriately. As Simon Goldhill observes in Scott’s Buttocks, Freud’s Couch, Brontë’s Grave, Charlotte Brontë would have been horrified had she seen her stockings on public display at Haworth Parsonage, but in the 21st century they’re a precious link – however creepy – to a great talent now gone.

What options remain, then, for the would-be literary pilgrim? Continue to travel hopefully, sifting the let-downs for a trace of longed-for genius loci? Or stay at home, cherishing places in the imagination? Nick Hunt’s book, Walking the Woods and the Water: In Patrick Leigh Fermor’s footsteps from the Hook of Holland to the Golden Horn

, provides a possible answer. His journey across Europe in the footsteps of Patrick Leigh Fermor shares the landscapes through which his hero moved (not to mention the physical strains incidental to thousand-mile walks), while also conscious of the changes that have reshaped the continent in the intervening 80 years. However fervently we revere our literary pin-ups, we must remain conscious, and as far as possible accepting, of the things that stand between us and them: be they an accumulation of years, a glass vitrine, or hirsute jobsworths in shorts.

Philip Sidney is a writer and academic, specialising in travel, literature and travel literature

In 2003 Paddy recommended James Knox’s biography of Robert Byron in the Spectator’s Christmas book selection. It is still available from Amazon. Maybe some of you will add it to your letter to Santa for this year.

James Knox’s biography of Robert Byron (John Murray) is a book we have been waiting years for, and it surpasses all expectations.

Outside strictly academic circles, in the early 20th century Byzantium was little known in England, but after the Great War things began to change. In the 1920s and ’30s, there was Steven Runciman at Cambridge and, at Oxford, Robert Byron. His was the Brideshead generation. How they managed between corks popping all day and parties all night to do more than hunt for Victorian china fruit in the afternoon remains a mystery.

In the heart of this chaos, fervent extra-curricular study was at work. Abstruse historical byways were trailed and notebooks were filled up. Byzantium was the goal, and soon, in his early twenties, Robert Byron, with several of his friends, set out on corroborative journeys, and on return published his findings. Europe in the Looking Glass — a sort of pan-European Three Men in a Boat — was soon to be followed by the brilliant Byzantine Achievement. The magic of Byron’s name opened every door in the Greek world, and The Station, a monumental and marvellous description of Mount Athos, remains unsurpassed. The Birth of Western Painting — an analysis and history of the earliest Byzantine inklings to the last of El Greco — is a defence and an assault. Classical Greece and the Renaissance both get it in the neck; so do Western Christianity and the Crusades, especially the Fourth. Some of his Quixotic giants turned out to be windmills, but much good was done and Byzantium emerged in glory. Youthful flair and high sophistication marked all his writings, and recondite knowledge was leavened by the surprising bonus of a hilarious narrative gift.

There’s a connecting chain running through all his travels: India, Afghanistan, Persia, Tibet, Russia; then he would bury himself in Savernake Forest for a winter of writing and hunting, setting out eastward again in spring. We are lucky to have James Knox to set down the details of this dynamic and many-sided figure, with his energies and angers and his unorthodox passions and his laughter.

In 1941 Byron was heading east again by the northern detour when a U-boat torpedoed his ship. He was 36. We can never know how many brilliant sequels to The Road to Oxiana were sunk off Stornoway.