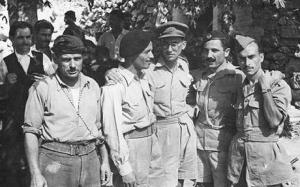 Stockbridge (centre, in the spectacles) with some of his comrades in Crete

Ralph Stockbridge, who has died aged 92, was awarded two MCs for the notable part that he played in the Cretan Resistance to the German occupation; he spent the remainder of his career working for MI6. 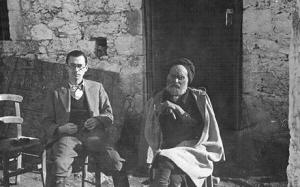 During his time in Crete he knew and worked with Paddy.