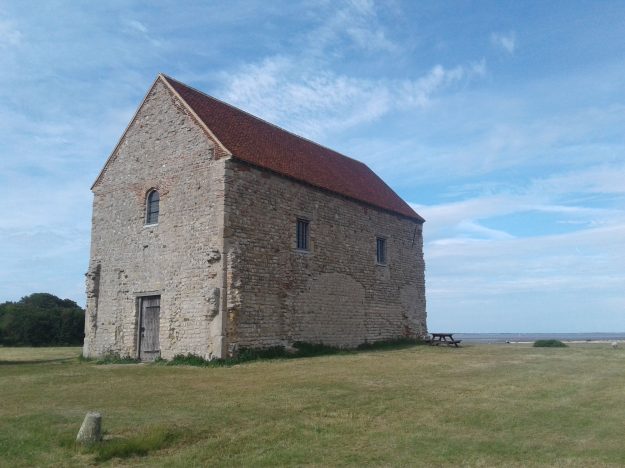 The restrictions are starting to come down around the world now. Soon we can start to think of roving further than the local park. Whilst we still remain generally confined, here is another, short, virtual journey for you to enjoy.

In June 2018, during that very long, very hot summer that we experienced in the UK, I needed to get away. My relationship with my partner of four years had suddenly ended not long before and I thought that some sort of pilgrimage might help me to see things in a better light. Where was I to go?

I am actively interested in The British Pilgrimage Trust and searched their site for suggested routes. I only had a few days. Their routes page has some lovely suggestions – do you know that 2020 is designated the year of British Pilgrimage (sigh)?

The route I selected was a three to four day walk in Essex called The St Peter’s Way. This pilgrimage leads you from the heart of the Anglo-Saxon Kingdom of Essex, from the oldest wooden church in the world, St Andrew’s, Greensted, to Ongar Castle all the way to one of Britain’s most ancient and remote churches – St Peter’s-On-The-Wall, which has attracted pilgrims over the flat expanse of saltmarsh at Bradwell for over a millennium. I had arrived from London via the Central Line, taking it to its terminus, and then a taxi to Ongar.

The route follows in the pilgrim footsteps venturing through some of the most spectacular countryside in Essex – and it is good – through ancient woodland, over commons and hills, and down to the salt marshes on estuaries – Maldon Sea Salt anyone? – and coastline.

I walked across some of Britain’s most fertile farmland, weaving my way along the wildlife-rich River Roding, via the 12C church at Blackmore, and from the fragments of the lost Writtle Forest toward the bird-rich waters of Hanningfield Reservoir. I paid my respects to the rescued 14C Mundon Church where I found a pair of birds trapped inside (and shooed out), and the skeletal limbs of the Mundon Oaks beckoned me toward the sea. 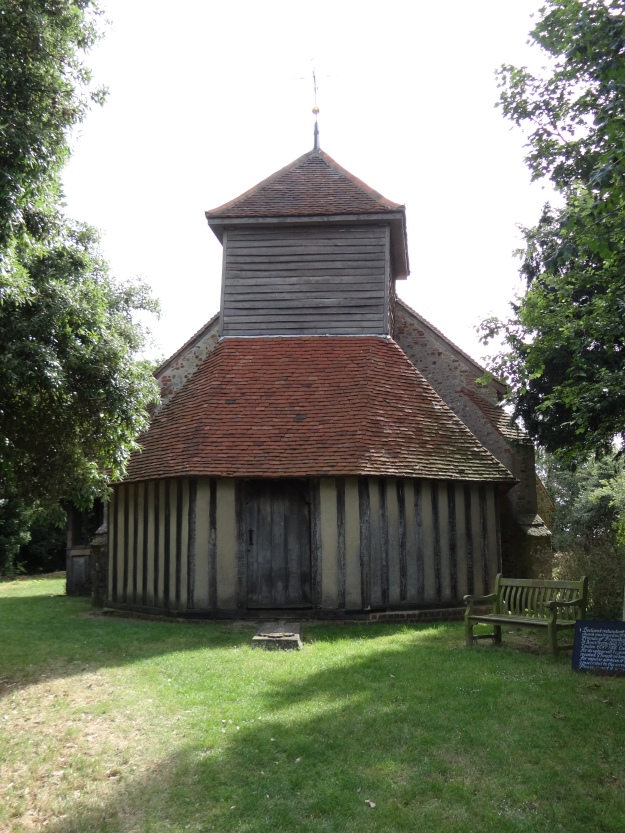 Passing a wedding reception in a lovely field setting, I walked through the village of Tillingham where I stopped to watch a gentle game of cricket on the green. The last few miles were very hard. It was so hot and the marshes induced disorientation. I had to use the sea wall as a guide, until eventually Saint Peter’s lonely shrine appeared in the distance. This church was built by a Lindisfarne monk, Bishop Cedd in 654 incorporating the Roman bricks and stones for the Saxon Shore fort, half of which still remains, the other half having been consumed by the sea. 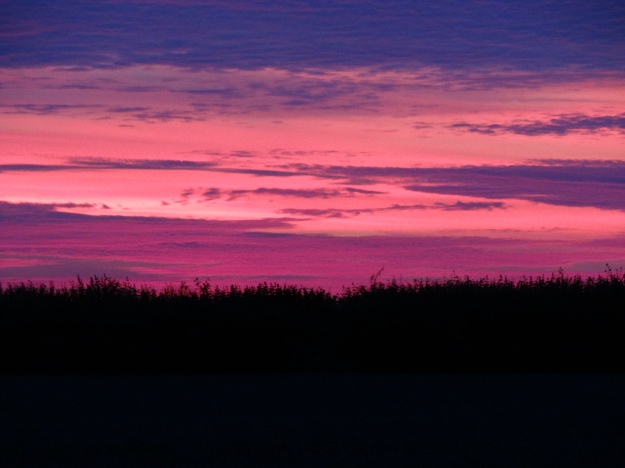 The weather throughout was gorgeous, and so hot that I just slept out in my sleeping bag in woods, or overlooking the sea. At St Peter’s I settled down into what I think must be the pilgrim shelter, listening to the soft singing of a group from the Othona community, who welcomed me in to join in their prayer. For the rest of the evening and night I was alone, watching a beautiful sunset, except for a family of hares out to graze. I watched amazed as the male engaged in a hard fought battle with a stoat. I cannot remember who won. 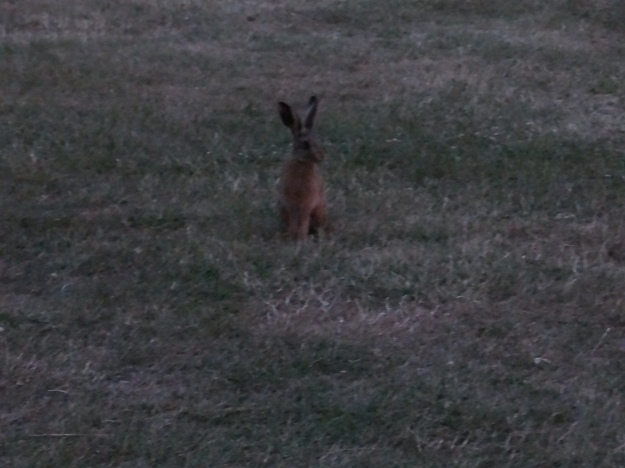 In the morning I walked to a local town and caught a train back to Liverpool Street in London. Were my troubles solved? No. But I had an extraordinarily good walk in a part of England that may often be dismissed by walkers. I thoroughly recommend it.

Finally, I wanted to say thank you to all those who have recently made small donations via the Donate button on the blog. You are very generous and I hope that you continue to enjoy the content of the site. Many of these donations go towards the cost of site hosting and the growing cloud storage costs for the pictures and other content. We remain the world’s leading site for content relating to Patrick Leigh Fermor which was my goal when I started this site back in 2010.

A video of the church.