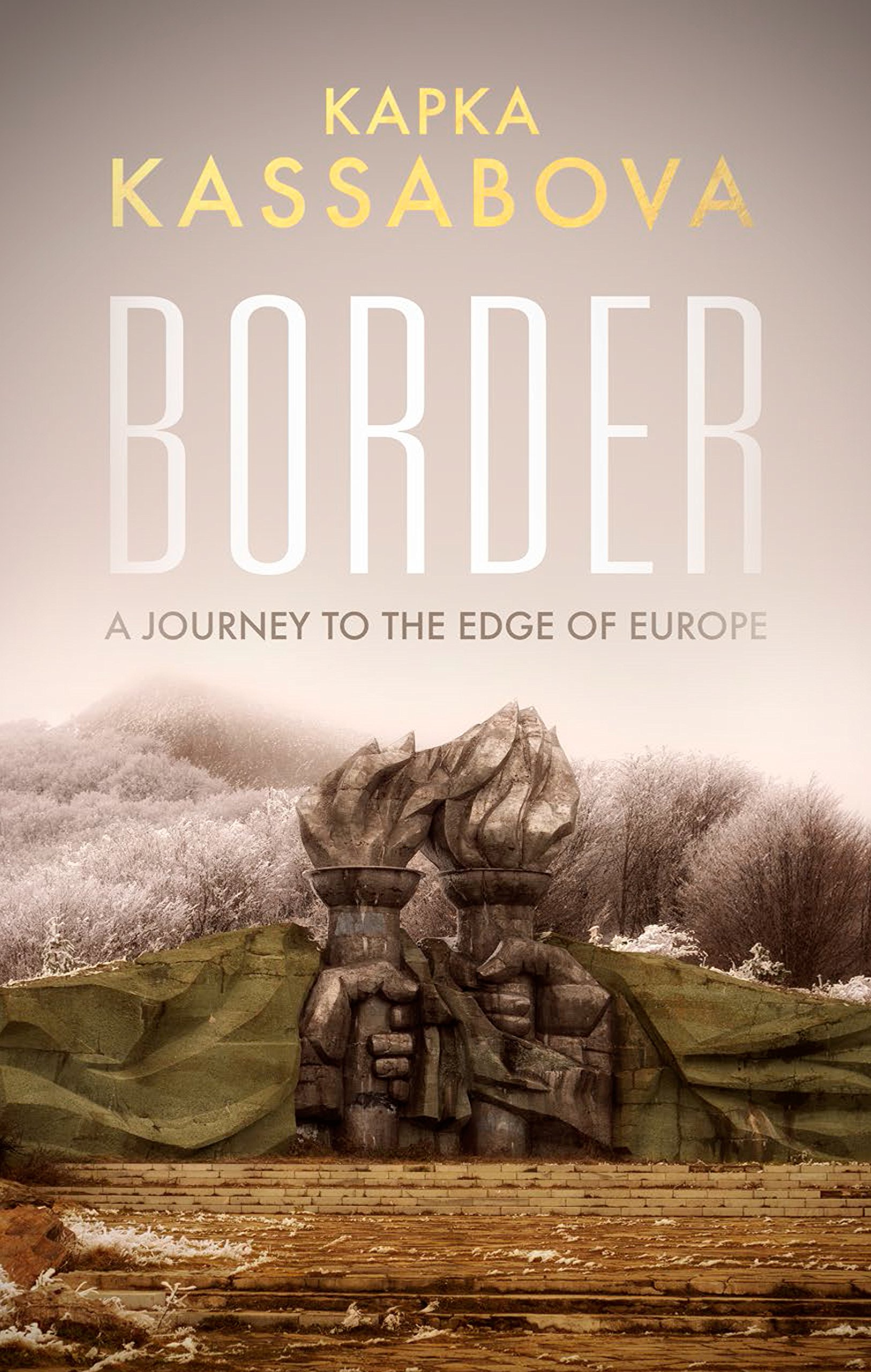 Kapka Kassabova’s Border: A Journey to the Edge of Europe

is a timely, powerful story of immigration, friendship and travel.

First published in The New Statesman

When Kapka Kassabova was in her late thirties, she decided to return to the place where she had grown up, but had not seen for 25 years: the borderlands of eastern Thrace, where Bulgaria, Greece and Turkey meet. Her parents were Bulgarian scientists who, after a spell in the UK, had settled in New Zealand, where, she writes, the Kiwi speech made “fish” sound like “fush” and “chips” like “chups”, where the stars were rearran­ged and the seasons inverted: an “upside-down world, but then it always is, for the immigrant”. It is again as an immigrant, a wanderer, that Kassabova – who now lives in the Scottish Highlands – went to find the forbidden places of her childhood.

“Forbidden” because her early years were confined by the militarised border that separated the three countries, acting as a cut-off line between the Warsaw Pact states of the Soviet bloc and Nato members, in the Western sphere of influence. Though the end of the Cold War and shared EU membership “softened” the border between Greece and Bulgaria, it was once “deadly”, she says, and it “remains prickly with dread to this day”. This is an exceptional book, a tale of travelling and listening closely, and it brings something altogether new to the mounting literature on the story of modern migration.

Kassabova started her journey on the Black Sea, dropped westwards to the border plains of Thrace, crossed the passes of the Rhodope Mountains, and made her way in a circle back to the sea again. (A better map would have been invaluable.) Everywhere she went she paused, took time to make friends and hear people’s stories, to look at her surroundings and understand them, to meditate on the nature of borders and to remember her own confined childhood, when she first became conscious that, unlike other holidaymakers to the Black Sea, she was not free to leave Bulgaria. A border, she writes, is something that you carry inside you without knowing. Like Freya Stark, who also wandered through remote parts, Kassabova has a gift for relating the past to the present: Herodotus, Atatürk and the Greek gods all accompany her on her travels.

The countryside she describes is wild, remote, sometimes scary, covered in the blackest of forests, where wolves, boar, bears and vipers are to be found, where the villages are inhabited by old people, the young having long since left, and where “entrepreneurs and consumers, desperadoes and smugglers” hold sway. She meets former border guards, traffickers, foresters and lighthouse keepers. Many of them are refugees from earlier migrations, expelled from their homes by conflicts, victims of nationalist feuds that had lain dormant for years, or the children of immigrants, whose love of their homeland is strong but who exist in a permanent sense of limbo, ever poised to flee.

With some of her new friends, she crosses backwards and forwards across the former border, travelling in cars so old it seems unlikely that they can cope with the steep mountain tracks. With others, she just sits and talks. There is Ivo the herbalist, a man with a “heroic” moustache, forced through bankruptcy to settle in what was once his holiday home, who grows aubergines as heavy as hand grenades and makes an ointment that cures everything from psoriasis to alopecia; and the divorced former teacher Ioanna, now a mountain climber, who patrols the forests for poachers, illegal loggers, drug dealers and illegal immigrants as she searches for abandoned treasure; and Mr Karadeniz, whose father was five years old when he threw a stone at a pig requisitioned by Greek soldiers and whose grandmother, fearing reprisals, whisked her son over the border to hide with Bulgarian neighbours.

Into this mix have come today’s refugees, the Syrians, Iraqis and Afghans, struggling to find safe routes to the West, their journeys truncated by new wire fences and hostile officials. “Europe,” one Kurdish woman marooned in a village on the Turkish border tells her sadly, “is where you are not afraid.” She fled with her eight children to prevent them being conscripted to fight Isis; but where she will go now, no one can say. The strength of Kassabova’s book lies in the skill with which she interweaves the narrative of these people into that of the inhabitants of the borderlands, giving the context for their lives in a way that the dozens of current books on the travels and travails of modern refugees seldom do. They enter her journey, and she listens to them, as she listens to everyone. It is an important reminder that refugees are not a separate species, moving inexorably away and towards, but part of a vast, complicated pattern of history.

Everywhere she goes, Kassabova takes stock of her surroundings, the birds and the mountains, the ruined monasteries and caves, the rock formations and waterfalls. Sometimes charmed, sometimes frightened, sometimes haunted by the ghosts that seem to inhabit these lost mountainous lands, she writes about roses, about belly dancing, fire worship and dragons. Her curiosity is limitless.

Patrick Leigh Fermor once wrote about a “forlorn ultimate border of reality beyond which a cloud of legend, rumour and surmise began”. This is Kassabova’s territory. And if, at the end of the book, it is hard to name the many characters she has met, or to recall with precision the places she has visited, she leaves a vivid image of these lands and the people who occupy them. Equally powerful is her own sense of sympathy for the uprooted and dispossessed. “I felt very strongly that within my lifetime, we may all become exiles,” she writes. “That we may all be robbed by devouring daemons disguised as policy and industry, that we may all walk down some road carrying in plastic bags our memories of forests and mountains, clean rivers and village lanes.” At a moment when Hungary has promised to incarcerate all who cross its borders ­illegally, and when asylum-seekers are adrift from one end of the world to the other, Border makes for timely reading.

Buy Border: A Journey to the Edge of Europe

2 thoughts on “A forlorn ultimate border of reality”