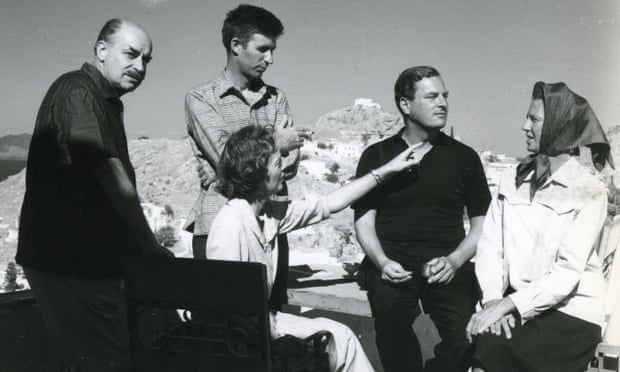 Oh, to have been a fly on the bougainvillea-clad wall as the drinks flowed and the sun sank behind the beautiful house tucked away in a remote part of Greece.

One night a visitor might find Stephen Spender or Louis MacNeice. Another, Lawrence Durrell and John Betjeman.

But always holding court, cigarette in hand, ouzo glass raised, would be Sir Patrick “Paddy” Leigh Fermor, the war hero and travel writer often said to be the inspiration for his friend Ian Fleming’s most famous creation, James Bond.

In the late 1950s, the house Leigh Fermor built with his wife Joan in Kardamyli, a seaside village located in the Mani peninsula, in the southern Peloponnese, became a haven for writers and artists drawn to its owner’s extraordinary charisma and the wild, arid beauty of the surrounding landscape.

It was here that Leigh Fermor, who died in 2011 aged 96, built his close friendship with two men – the Greek artist Nikos Hadjikyriakos-Ghika, who lived on Hydra before moving to Corfu, and the British painter, John Craxton, who lived for a time on Crete. Now the remarkable friendship is to be explored in a new exhibition at the British Museum that will open next spring.

Charmed Lives examines the influence that post-war Greece had on the three men and brings together in the UK for the first time their artworks, photographs, letters and personal possessions. Among the items on display will be Leigh Fermor’s typewriter (which he never managed to master), his binoculars and a Leica camera belonging to Joan, a professional photographer.

Striking paintings of Greek landscapes and local people by both Craxton and Ghika will feature alongside extracts from Leigh Fermor’s many books. 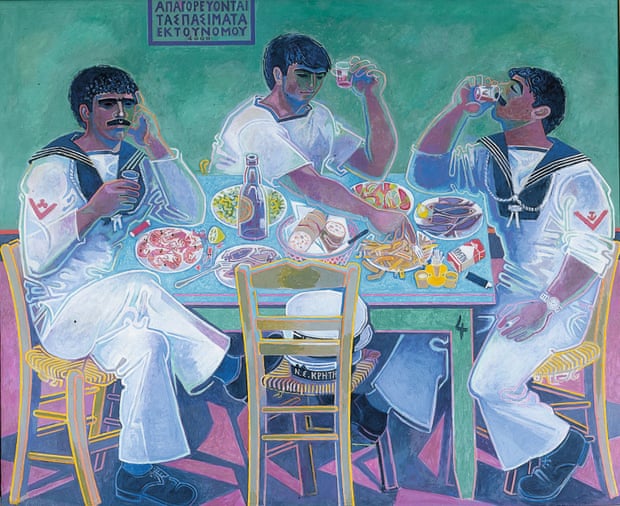 Sir Michael Llewellyn-Smith, a former British ambassador to Athens, who knew all three men and is one of the exhibition’s curators, conceded many would be drawn by the cult of Leigh Fermor, a polyglot and autodidact once described as “a cross between Indiana Jones, James Bond and Graham Greene.”

“There’s a tremendous fashion for him,” Llewellyn-Smith said. “In a way you’d expect it to diminish over time but the opposite is happening and it’s very difficult to explain. I don’t think it’s fully related to his work. It is for some people but there are others who are attracted by the legend.”

Much of Leigh Fermor’s legend is burnished by his epic walk from the Hook of Holland to Istanbul, made as an 18-year-old, and his heroics during the second world war when, leading a group of Cretan resistance fighters, he captured the German commander General Heinrich Kreipe in one of the most audacious acts in the history of the Special Operations Executive.

While his postwar books such as A Time Of Gifts cemented his legend and led to Leigh Fermor being regarded as one of the great travel writers, it transpires that the real-life 007 also dabbled as an artist and several of his works will be on display in the exhibition. These include six portraits of Cretan resistance fighters painted in 1942. They are the only ones out of around 20 similar paintings to have survived. The majority were destroyed as the Germans advanced.

“Paddy had an extremely acute visual sense and was himself an artist, an amateur,” Llewellyn-Smith said. “When he was walking across Europe, when he was 18 to 20 years old, around Vienna he had virtually no money and so he started drawing portraits of people to get enough to get a crust of bread or more.”

Llewellyn-Smith said the fact that all three men had died only relatively recently –Ghika in 1994, Craxton in 2009 – meant there was much to be gained by producing an exhibition of their lives and friendship now.

“A lot of people who knew them are still around, and therefore for those organising the exhibition, such as myself, it was possible to talk to them and get their memories and anecdotes. This couldn’t have been done if the exhibition had been delayed by many years.”

The organisers say they hope it will offer visitors an opportunity to reflect on Greece’s enduring role as a source of artistic inspiration. It may also offer a subtle reminder that British-Hellenic relations can be about more than that most famous of British Museum attractions, the Parthenon marbles. “This period when these three men got to know each other was a period of artistic and literary collaboration, almost a renaissance between British and Greek artists and writers,” Llewellyn-Smith said. “It didn’t have anything to do with politics and returning sculptures to Greece. That’s a different century.”

It may also offer clues as to why, despite smoking around 80 cigarettes a day, just like Fleming’s Bond, Leigh Fermor managed to live so long. “When he was in the Peloponnese he would go for walks every day in the mountains behind the house and he’d swim for half an hour every morning,” Llewellyn-Smith said.

In his will, Leigh Fermor gave the house to the Benaki museum in Athens with instructions for it to be turned into a writers’ retreat. While some of Leigh Fermor’s devoted fanbase have grumbled about the pace of its renovation – which at one stage appeared to have fallen victim to Greece’s economic woes, – there are hopes the exhibition may elicit funds to speed things up.

If so, it would mean that more than half a century on from when Leigh Fermor built his idyll, it will once again help nurture a new generation of artists and writer.