Well. It is here. Almost. Coming soon!!. Dashing for the Post: The Letters of Patrick Leigh Fermor

is published on 6 October, but you can pre-order now. The long awaited anthology of Paddy’s letters to a wide circle of friends and correspondents to complement the wonderful In Tearing Haste, a volume of letters between himself and Deborah Cavendish, Duchess of Devonshire. Something for the Christmas list perhaps?

First published in the Spectator

Here is a veritable feast for fans of Paddy Leigh Fermor. This is the story of a well-lived life through letters. The first is from a 24-year-old recruit eager to do battle with the enemy in 1940. The last is by a tottering nonagenarian of 2010, still hoping, 75 years after his ‘Great Trudge’ across Europe, that he might just finish the final volume that had eluded him for decades.

The anthology offers the most vivid explanation yet for why he didn’t. Letters were flying to and from all corners of the world — Adam Sisman reckons that Paddy wrote a whopping 5,000 to 10,000. There were parties to attend, cocktails to drink, countries and castles to visit, mountains to climb, literary-historical-geographical-anthropological quests to pursue, digressions to indulge, other books and articles to write along the way.

His wide array of correspondents reflected his interest in high society, literature and the arts, history, adventure, beautiful women and Greece, as well as an enduring gift for friendship. Apart from his beloved wife Joan, Deborah Devonshire, Ann Fleming and Diana Cooper were foremost among them. Then there was George Seferis, the poet, diplomat and Nobel laureate; the artist and sculptor Niko Ghika; George Katsimbalis, the ‘Colossus’ of letters; Lawrence Durrell; wartime brother in arms Xan Fielding; his lovers Princess Balasha Cantacuzène, Lyndall Birch and Ricki Huston. A regular recipient was his long-suffering publisher Jock Murray, a man of saintly patience.

Letters to Murray typically blend jaunty descriptions of place and adventures (the summer of 1959 found him playing lord of the manor in the castle of Passerano outside Rome, preparing to fly a ‘vast heraldic banner several yards square’ from the highest tower) with anguish and apologies for the endless tarrying and non-arrival of finished manuscripts. (‘No please don’t come here yet because I simply can’t face you till I hand over the completed vol., for shame, confusion etc.’) He agreed to write a foreword to the memoirs of Prince Michel Cantacuzène-Spéranski, kinsman of his first great love Balasha from his arrival in Athens in 1935 (he was 20, she was 36). In 2007, more than a decade later, he was still writing ruefully of his inability to get it done. ‘I am deeply sorry and penitent about behaving so hopelessly.’ 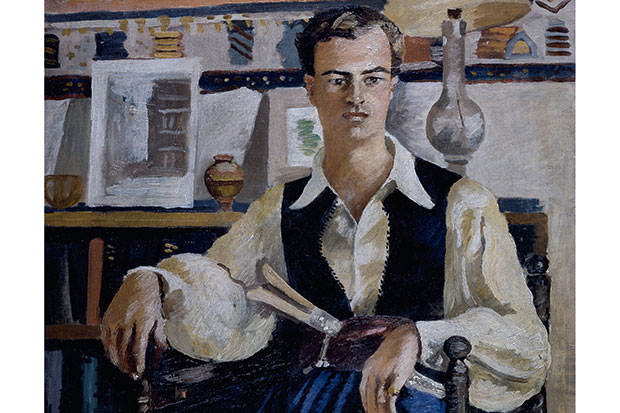 Generally impecunious, he charmed his way into borrowing houses from friends, from Diana Cooper’s farmhouse in Bognor to Sir Walter and Lady Smart’s manor-house in the Eure. The plan was always to write, the irresistible counterweighing temptation was for amusement and company. In 1954, he was inviting Lawrence Durrell to come and stay with him on Hydra, where he was staying in Niko Ghika’s mansion: ‘It’s the best bit of high-level cadging I’ve done for years, a real haul.’

Philhellene to the core, he was never keen on the Turks. One suspects he had never forgiven them for taking Constantinople (he couldn’t bear to call it Istanbul) in 1453. ‘I admire their undoubted stirring qualities — honesty, courage and so on — but have never managed to like them or be amused by them,’ he wrote to Freya Stark in 1953.

Luigi Barzini once likened reading Norman Lewis’s prose to ‘eating cherries’. Readers of this collection may feel the same thing. The prose is simultaneously poised and effervescent, polymathic in its dazzling range of references but never pompous. The funeral of the Duke of Devonshire in 2003, he wrote to his lifelong friend John Julius Norwich, was ‘a mixture of a vicarage garden party and the Field of the Cloth of Gold’. Hydriot girls in plastic high-heeled shoes and ‘blinding satin dresses of apple green, scarlet, royal blue and petunia… look exactly like boiled sweets’.

Though there are a few bleak times, including a letter to Colin Thubron in which he confesses to feeling ‘rather gloomy’ about not being included in a Times list of the 50 greatest writers since 1945, mostly they are banished by high spirits. He pokes fun at John Betjeman with an excruciating parody. The first verse sets the tone.

Eagle-borne spread of the Authorised Version!
Beadles and bell ropes! Pulpits and pews!
Sandwiches spread for a new excursion
And patum peperium under the yews!

And how about the impromptu limerick about a dubious cleric.

The Archbishop of Spetsai & Hydra
Condemned bestial vice ex-cathedra.
(But he rogered a bay-horse
Outside the pronaos
And a skewbald inside the exedra.)

For all his love of the great and the good, outright wealth on the grandest scale bored him. ‘There is something colossally depressing about contact with the very rich,’ he wrote after rubbing shoulders with Aristotle Onassis and Stavros Niarchos in the Aegean. ‘What I want to know is: why the hell don’t they have more fun with their money?’

Sisman has done a tremendous job selecting and editing this treasure-trove of letters. The guide to the dramatis personae and footnotes double up as a concise version of Debrett’s and pick up on literary references that would escape a lesser writer and reader.

In the last letter here, from 2010, Paddy expresses the by now familiar worry and apprehension about finishing that elusive third volume to complete the trilogy with A Time of Gifts and Between the Woods and the Water, perhaps his most admired titles. He closes with the hope that ‘perhaps it will all be OK in the end’. It was.

Buy Dashing for the Post: The Letters of Patrick Leigh Fermor