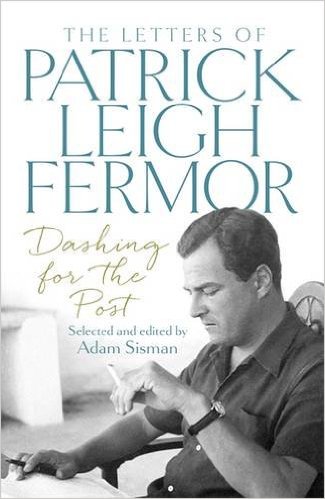 John Murray continues to offer us new insights into Paddy’s life and times. They will publish a collection of letters penned by Paddy on 6 October 2016.

The collection entitled Dashing for the Post was announced on 11th February on what would have been Leigh Fermor’s 101st birthday.

John Murray says the letters will exhibit many of his “endearing characteristics”, including “his zest for life, his unending curiosity, his keen sense of place, his lyrical descriptive powers, his love of words, his fluency in a remarkable range of languages, his boyish exuberance, and his sense of fun”.

Many of the letters are written to friends and family, but the collection also includes correspondence with Ian Fleming, Nancy Mitford, Lawrence Durrell, Diana Cooper and Deborah Devonshire.

Exclusive material will be taken from the National Library of Scotland, as well as letters drawn from private collections in the UK and abroad.

Adam Sisman, the book’s editor, is an honorary fellow of the University of St Andrews and a fellow of the Royal Society of Literature.

Dashing for the Post will be published in hardback and e-book on 6th October 2016. John Murray publisher Roland Philipps bought world rights from the Leigh Fermor estate.

Philipps said: “Paddy Leigh Fermor was one of the greatest prose stylists of the twentieth century. His letters have his hallmark high spirits, marvellous humour, magpie-like mind for the telling fact, erudition, linguistic mastery and sheer brilliance. Eight years ago In Tearing Haste (John Murray) Paddy’s letters to and from the Duchess of Devonshire, was a major bestseller. Dashing for the Post has his full range of correspondents, and is even more of a joy than that first book.”

You can pre-order Dashing for the Post: The Letters of Patrick Leigh Fermor