There have been many articles in the press these last two weeks about the service of women in the SOE prompted by the death at the age of 89 of Eileen Nearne who served as an agent in France with SOE, was captured, tortured by the Gestapo but survived the horrors of Ravensbrück concentration camp. This article by the excellent Christopher Howse who writes for the Telegraph is thought provoking; the sentiments reflect the way that Paddy and many of his colleagues have lived their lives.

Eileen Nearne: Why modesty is something to boast about

First published in the Telegraph 15 Sep 2010 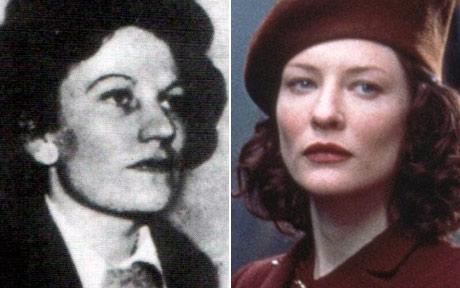 The astonishing life of Eileen Nearne, parachuted as an SOE officer into wartime France, horribly treated by the Gestapo and surviving Ravensbrück concentration camp by a rare providence, is one of those tales at which we can only marvel as they are recounted week by week in our Obituaries column.

But one cannot help wondering about her 65 years since the war. This heroine lived quietly, as such people do. Her sister helped her adjust to peacetime life. She trained as a nurse and ended up living in Torquay. She didn’t boast. She was no celebrity. “I liked the work,” she remarked modestly of her life-or-death undercover career. “After the war, I missed it.”

Modesty is a virtue generally noticed only in retrospect. That generation of war heroes who have been the glory of the Obituaries page since the 1980s, when Hugh Montgomery-Massingberd invented the modern narrative version of the art, spent decades of ordinariness after their exploits. They did not speak of them.

And here, there has been a most encouraging change in the past generation. In the 1960s and 1970s, the old major with the gammy leg and the whisky and water in the saloon bar was, shamefully, a figure of fun. The Angry Young Men of the 1950s gave way to the Sixties silliness that thought war would end if its most selfless survivors were mocked and shunned.

That has changed. Veterans at the Cenotaph are now regarded not as old buffers or worse, but as representatives of an unsentimental courage that stood between Britain and barbarism.

We can take these men and women seriously partly because they did not take themselves seriously. All those men nicknamed Jumbo or Buffy, sporting moustaches and a fine disrespect for bureaucracy, stormed machine-gun nests, swam rivers under fire, rescued comrades from burning tanks, disregarded their own wounds, and then came back home to Weybridge or Ormskirk for 30 years in the motor business or film distribution.

Who, the unanswerable question remains, will enliven the Obituaries page in half a century? Forgotten celebrities from the television jungle, or Big Brother? Surely not. For this new generation, celebrity skips the intermediate step of achievement. It is better to appear on television for a trivially shameful act than not to appear there at all. Today, celebrity is an enemy of promise. It is the end of the road at the cliff’s edge. Those who find fame now will in future be forgotten for attainments better not remembered.

That is not to rule out eccentricity among the preceding generation of heroes. Eccentricity does not stand as an obstacle to achievement. Take Sir Hugh Rankin, 3rd Bt. He was to become the oldest surviving member of the 1st Royal Dragoon Guards in the Sinn Fein Campaign of 1920–22 (by which time he was already broadsword champion of the British Army). But in the meantime, he had put in a year or two as a sheep-shearer in Western Australia and served as the British representative to the first all-European Muslim Congress at Geneva in 1937, before turning to Non-Theistic Theravada Buddhism in 1944, the year before he joined the Scottish Communist Party.

This did not interfere with his position as Hereditary Piper of the Clan Maclaine, nor with his multitude of recreations, such as hunting, riding bicycles to the tops of mountains, and becoming, in his own words, the only person to have crawled, alongside his wife, “under dwarf fir forest for the last mile of the most northerly known section of any Roman road in Europe, terminating opposite the end of Kirriemuir Golf Course”.

That would be something worth putting on Twitter – except, of course, that Sir Hugh wouldn’t have wanted to.

The Telegraph obituary of Eileen Nearne

Charlotte Gray revealed: The truth behind the British heroine who died forgotten and the scars of her secret war which drove her to become a hermit

3 thoughts on “Why modesty is something to boast about”