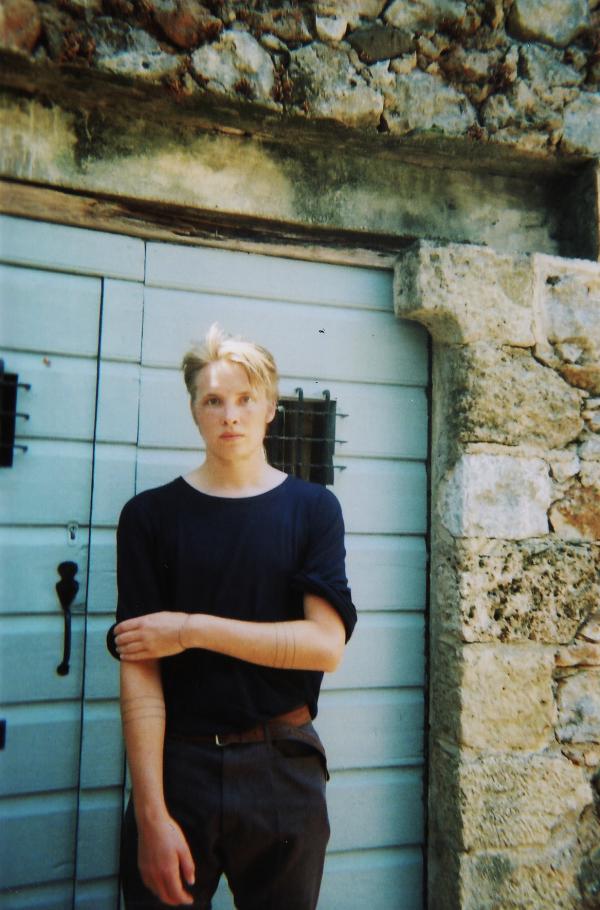 Thos Henley is a young musician and cites Paddy as one of his major influences and inspirations. He has already written two articles for the Blog and felt moved to provide his own tribute to Paddy …..

“A splendid afternoon to set out”, these were the first words that I read of Sir Patrick Leigh Fermor, the first of his beautifully constructed sentences that I whispered out loud to myself in a miasma of wanderlust; the first words of A Time of Gifts.

It is hard to sum up in words what this book and this man mean to me. Paddy has become somewhat of a deity for me and my travels in the last few years. I remember there was a time when I toyed and teased with the idea of walking to Italy and I knew at the back of my skull, deep in my conscious that this lust for walking was substantial, but at that time I had no real reason to do so. Paddy was my reason. I discovered A Time of Gifts in an old dusty maze of a bookshop in England’s old capital, in Winchester and was first stopped in my tracks by the wonderfully sharp, romantic imagery of John Craxton’s front cover. But this was nothing compared to the prose, memories, history and romance that inhabited its fading pages.

The storks that flow through his European rambles flick and swoop through the milestones of his adventures and I think I will always have a memory, a sight of those migrating long necked birds as they followed him through cold Holland, into shape-shifting Germany as he turned nineteen, and onto Stuttgart where he imitated the constructed Mr Brown, and from there; a drunken night in Prague, a lonely night in Hungary and onto Greece, love, war, heroism, Cairo, love again, legacy and literature. I wake every day in envy of this life of his and wonder how I (in my infinite competitive nature that inhabits all wistful youth) could ever match, or come close to this man. But with this jealousy, has revolved structure and reason. With the words of A Time of Gifts, or Between The Woods and The Water, Or Travellers Tree, A Time to Keep Silence, and the crackling, volcanic prose of his short, sharp masterpiece; The Violins of Saint Jacques, I have faith in this ever deteriorating, modern, seemingly unromantic world that we live in.

I visited Paddy’s house last year, on a personal crusade. It was my Hellespont, though the journey was less rough. He was too tired and old then to see me and I completely understood his situation. As I sat outside his house and wrote down a scribbled confession of my devotion for his personage, and wrapped the letter around my old Swedish compass, I could hear his deep dark voice, speaking Greek, still with his old fashioned, distinguished English accent, and that was enough for me. I will always remember that moment, when I was yards away from greatness and blessed enough to hear its tone.

I am (as I type this tribute) recording my first proper album entitled “In Hearing Taste” which features a song of the same title. This is my song to Paddy and I hope in some way it will live on along his words, his life and his memory, as an accolade and a tribute to what he stood, and stands for.

I could go on and on about what this man has meant to me and how he inspires me. In September of this year I aim to move to a small Greek island where 600 old Greek ladies live a simple, hermit like life. Greece has become a refuge for me. A place where legends lived and where relaxation and creativity swim side by side in caves and in cool, turquoise shores. Byron lived, rode and died in Messolonghi, Cohen found the guitar in Hydra, Durrell fell in love with Cyprus and Rhodes and of course Leigh Fermor built his house in the Mani. These are my influences, my heroes, the men to whom I escape to when a mobile phone rings, or when the buzz of electricity takes over silence, and thus I will join them in the Hellenic dream.

And so now, as Paddy has had to leave us, is our time to keep silence. Indeed we have a well stacked, inherited future in front of us, for he has left us with his legacy, his talent, his wit and his gift. Now is the time to open that gift, and indulge ourselves in his heroism and his beauty; he is our icon. Now is the time of gifts and I must say, it is a splendid afternoon to set out on this adventure that he has rolled out in front of us.

I knew Patrick Leigh Fermor through his words, and he will know me by mine

Some of you will now be familiar with the work and music of Thos Henley from a few previous articles on the blog. Thos describes Paddy as one his main inspirations.

As you go about your busy lives maybe you can take a few minutes to listen to my favourite Henley song ‘Another Brother’ in which Thos sings about the intellect of Patrick Leigh Fermor’. Click on the picture to play. 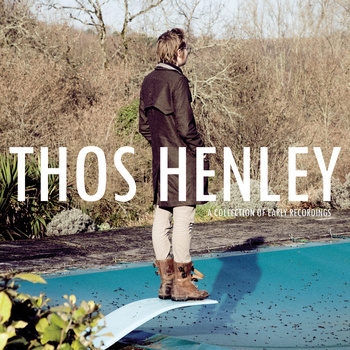 I knew Patrick Leigh Fermor through his words, and he will know me by mine

I think I am quite privileged to receive so many positive comments about the blog from people I have never met. One thing many agree upon is that Paddy has had a significant impact upon their lives. In some cases reading A Time of Gifts has been life changing, with some literally getting out there on the road and creating their own journey.

One message that really struck a chord was from Thos Henley – after the old abbreviation of Thomas I am told – who was originally from my neck of the woods in Hampshire, England, but who set off on the road two years ago and is now living what I imagine to be a bohemian life somewhere on the left bank of the Seine in Paris. He has even written and recorded some of his own songs, one which includes a reference to Paddy; it is good music and worth listening to. [Edit – I have listened to it a few times now and it really is quite good; have a listen]

Thos’ story is very moving and I asked if he would like to share it with other blog readers. He agreed so over to Thos …

“I am a 22 year old musician and a writer from Netley Abbey, Hampshire. Around two years ago I set off the travel France. One of the reasons I did so, was because I had recently discovered Paddy’s work. After this eventful trip all around the country, I settled in Paris, which now acts as my home and I have not been back to England since. In this time I have walked around the largest lakes of Sweden, travelled the expanse of Europe, and released a record in Paris named GOLDEN EUROPE. One of the songs on the record is about my travelling companion on the trip through France. He was my Xan Fielding and in the song I reference Patrick Leigh Fermor. It is called ANOTHER BROTHER and you can find it by clicking here.

Recently, I took a trip with my girlfriend to Greece. We went to Patras and walked to the edge of the Peloponnese. Slowly moving down south we made our way to Kalamata and then Kardamyli. I became good friends with certain locals and on the third day I had a map drawn out for me, with the whereabouts to Paddy’s home.

When I got there, the soles of my shoes had withered away (an overdue happening as I had worn them out for years). I met his house-keeper who spoke a very gentle Greek-English. I was nervous and I could hear Paddy eating his lunch next door and after a few minutes of introducing myself to his assistant I learnt that he was just too old to see anyone. She explained that the emotional toll was too much for the man who had been through it all. Passion carried my persistence but in the end I started to feel like some kind of a stalker and I gave up. Leaving his incredible garden, I heard through an open window, the mumbled low tone of Sir Patrick himself, obviously inquiring about the energetic English boy who had just been at his ocean blue door.

Sitting on the wall that he had made some 20 years or so before my own birth, I began to write him a letter. I explained my story and the fact that in his words I had come to find some sense of freedom in this ever enclosing world in which we all reside. Tears and sweat dripped onto the scribbled words that, no matter how much I tried, would never portray truly what this man meant to me. I wrapped the piece of paper over and around my old Swedish compass. In the letter I had told him I left it for him, as I had no need for it now; it had guided me to his house, where I sat boiling in the Greek sun, and its job, in my eyes, was done.

I swam for hours that day, washing away the heat and the sadness of not meeting ‘my’ Byron. However after reaching my hotel, after the sun had died and the raging fire of the crickets sang in their clicking chorus, I began to see the up side of what I had done. Yes I may not have met the man, but the fact remained that I had been to his home which I wished to visit over my childhood home in England. It was his seas that I wished to swim in over any other ocean in the world and it was his door step where I wrote, what I still hold as the best piece of writing I have done to this day.

This is not an ego talking but personal victory. I can live my life here, in this rainy, grey city of lights, Paris, knowing in myself that Paddy read my words and opened the same compass that I had used for years, its red point quivering on the W. And he would go to sleep that night knowing once more that his life had indeed been the greatest life ever lived and was still just as appreciated as it had always been.

In the end I knew Patrick Leigh Fermor through his words, and he will know me by mine.”

Visit Thos’ MySpace page where there are more photographs, you can find some of his music and videos.