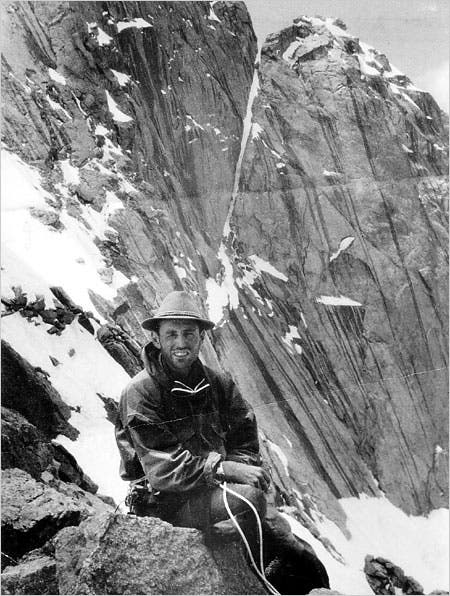 Eric Newby on the trip that would make him famous: a climb up Mir Samir in Afghanistan in 1956.
Credit…Hugh Carless/Press Association, via Associated Press

I was recently directed to this excellent site following a mention in the Eland Books newsletter. Travel Writing World is an award-winning podcast and website featuring interviews with travel writers, book reviews, author profiles, and resources for travel writers and their readers.

To date I have enjoyed a discussion about Eric Newby’s A Short Walk in the Hindu Kush, and Peter Fiennes, former publisher at Time Out, talking about his 2020 publication Footnotes: A Journey Round Britain in the Company of Great Writers.

There are no discussions (yet) about Patrick Leigh Fermor, but I am looking forward to listening to Colin Thubron talk about the recent death of his friend Jan Morris, travel writing in general, and the tenth anniversary of his book To A Mountain in Tibet. An excellent group was assembled to remember Bruce Chatwin on what would have been his 80th birthday.

I hope that you enjoy listening to an episode or two.

Eland publications are pleased to announce that the Traveller’s Film Club is back! It is held at Waterstone’s, 203-206 Piccadilly, London W1.

Benedict Allen introduces the 2008 BBC documentary on Eric Newby from the Traveller’s Century series he presented, directed by Harry Marshall (Icon Pictures; this is a definite one for me! Again doors will open at 6.30pm, the screening begins at 7.00pm.

All screenings at 7pm, doors open at 6.30pm. Please book a free place at Piccadilly@waterstones.com

Preceded by: The Opening of ‘Patrick Leigh Fermor: A Romanian Romance’

The exhibition follows, through a collage of old photographs and emblematic excerpts, Patrick Leigh Fermor’s Romanian escapades recalled in his hugely successful travel memoirs Between the Woods and the Water and The Broken Road, depicting people and landscapes that were at the root of the author’s lifetime attachment towards Romania.

Paul Theroux, William Dalrymple, Kari Herbert, Colin Thubron and many more writers tell us about the travel book that most influenced their own life and work. Others that one could say are slightly less well-known, and very pleased to be placed into the pantheon of “world’s greatest travel writers” – Mr Jasper Winn 🙂 – are included.

I was very pleased to see two of Eric Newby’s books chosen; no surprises that they were A Short Walk in the Hindu Kush and my absolute favourite, Love and War in the Apennines.

William Blacker chose all of Paddy’s books, including Between the Woods and the Water. Yesterday he sent me an email pointing out some deficiencies in the way the Guardian had edited his submission – Now, what did he really expact from the Grauniad? – , including the quotation from Kim at the end. William’s original submission can now be revealed in all its full and original glory …

It was not just the books of Patrick Leigh Fermor – notably Between the Woods and the Water about Rumania – which inspired me, but also the man. He was the quintessential free spirit. He didn’t bother with university, but at the age of 18 set off into the blue, on foot, across Europe , simply hoping for the best. His journey lasted five years. On the way he picked up a bewildering multitude of European languages, which led on to extraordinary wartime adventures, and then to a series of breath-taking books, which are peerless, and among the great masterpieces of twentieth century literature. The resounding success he made of his special brand of non-conformity should fill all would-be wanderers and fellow free spirits with hope. Read about his life, read his books, and if you are not similarly inspired and exhilarated by Leigh Fermor’s example then, as Kim said, ‘Run home to your mother’s lap, and be safe’.

The list of choices can be found in this article in the Guardian.