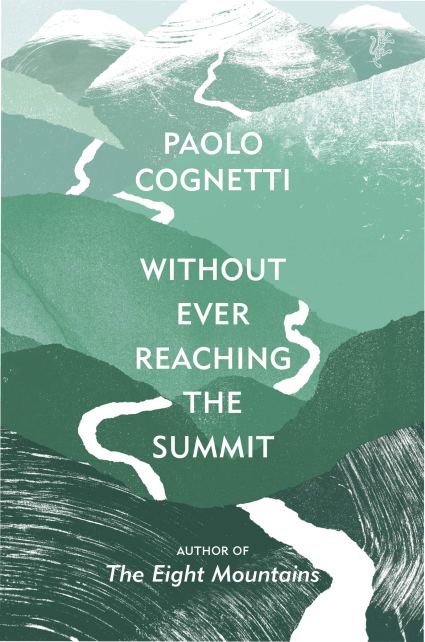 The shortlist has been announced for this year’s Stanford Dolman Travel Book of the Year prize.

This year’s eight-book shortlist includes Without Ever Reaching the Summit by Paolo Cognetti (Harvill Secker), The Border by Erika Fatland (Quercus), Shadow City by Taran Khan (Bodley Head) and Travelling While Black by Nanjala Nyabola (Hurst).

Also in the running are Wanderland by Jini Reddy (Bloomsbury), The Lost Pianos of Siberia by Sophy Roberts (Transworld), Along the Amber Route by C J Scholar (Sandstone Press) and Owls of the Eastern Ice by Jonathan Slaght (Allen Lane).

Vivien Godfrey, chairman and CEO of Stanfords, said: “We’re delighted to announce the shortlist of such varied and truly unique titles. These books act as a tonic for us all during these times when travel has been halted and adventures have been limited.

“It’s been a tough year for Stanfords and travel writers, and the Edward Stanford Travel Writing Awards this year are a much-needed boost to our spirits and a great excuse to celebrate what the genre has to offer.”

Held in March, the awards will also crown the Bradt Travel Guides New Travel Writer of the Year, from a list of four finalists who have submitted original writing of between 600 and 800 words.

The winner of the Edward Stanford Outstanding Contribution to Travel Writing Award, previously scooped by authors including Bill Bryson, Michael Palin and Paul Theroux, will also be announced on the night. 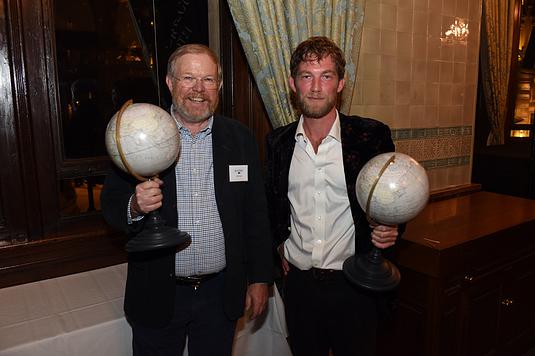 Some disappointment for our friend Nick Hunt in the Edward Stanford Travel Writing Awards, the results of which were announced at an event at London’s National Liberal Club this week. The winner was Down To The Sea In Ships: Of Ageless Oceans and Modern Men

, Horatio Clare’s account of the ordinary men that place their lives in extraordinary danger on container ships on the high seas.

“In selecting a winner from our wonderful shortlist, we kept in mind that one of the great litmus tests of travel writing is companionship, how much the reader relishes the company of the writer,” said prize Chair, Barnaby Rogerson. “We wanted to be led on an adventure, we wanted new doors opened, fresh horizons of inquiry unveiled, we want to be filled with wonder and enthusiasm at the dazzling riches of our world. Down To The Sea In Ships: Of Ageless Oceans and Modern Men

“It is a book charged full of vim and passion,” continued Rogerson. “Filled with polished, near poetic prose, it is alert to labour as well as beauty, the loneliness of long-distance sea travel as well as the communities that form below deck, and are dissipated with each new voyage.”

Chris Schüler, outgoing Chairman of the Authors’ Club, echoed Rogerson’s words adding that “Down To The Sea In Ships: Of Ageless Oceans and Modern Men

is a book entirely worthy of its place amongst the Stanford Dolman’s illustrious list of past victors. In this first year of our partnership with Stanfords, we couldn’t have hoped for a better choice from our judges to capture the essence of this vital prize – a work of true literary excellence and cultural importance.”

As winner, Clare received a cheque for £5,000 and a specially commissioned hand-made globe by master globe-makers, Lander & May.

Best-selling travel author Bill Bryson was also honoured at the Awards when he received the Edward Stanford Award for Outstanding Contribution to Travel Writing. Selected from public nominations by specialists at high street and independent bookshops, including Waterstones, Blackwell’s, Daunt Books and the Hungerford Bookshop, this is the first time the Award has been presented.

“I am hugely honoured to receive this award,” said Bryson, “particularly as it comes from booksellers, my favourite people on the whole planet.”

Tony Maher, Managing Director of Edward Stanford Limited, said “Bill’s elegant, witty and amiable prose has been entertaining readers for many years. From adventures walking the Appalachian Trail, to defining the British better than any Brit has ever managed, he has a turn of phrase at once insightful and hilarious.

“The beauty in his writing is often its brevity and sincerity; it is understatedly, unassumingly, powerful. I couldn’t be more thrilled that he is the first recipient of the Edward Stanford Award for Outstanding Contribution to Travel Writing, and commend the public and our bookselling partners on their choice.”

As well as receiving his own handmade globe trophy, Bryson’s name was inscribed on a commemorative globe which will go on permanent display at Stanfords, Covent Garden. The names of future winners will be added to the globe in due course.

Maher also announced that the 2016 Edward Stanford Travel Writing Awards ceremony would move to coincide with the Stanfords Travel Writers Festival, which will take place at the Destinations Show, Olympia in February 2017.

Stanfords entered into sponsorship of the Stanford Dolman prize earlier this year, in association with the Authors’ Club and donor, Rev. Dr. Bill Dolman, doubling its funds and adding it to the newly created Edward Stanford Travel Writing Awards, alongside the Edward Stanford Award for Outstanding Contribution to Travel Writing.

Buy: Down To The Sea In Ships: Of Ageless Oceans and Modern Men