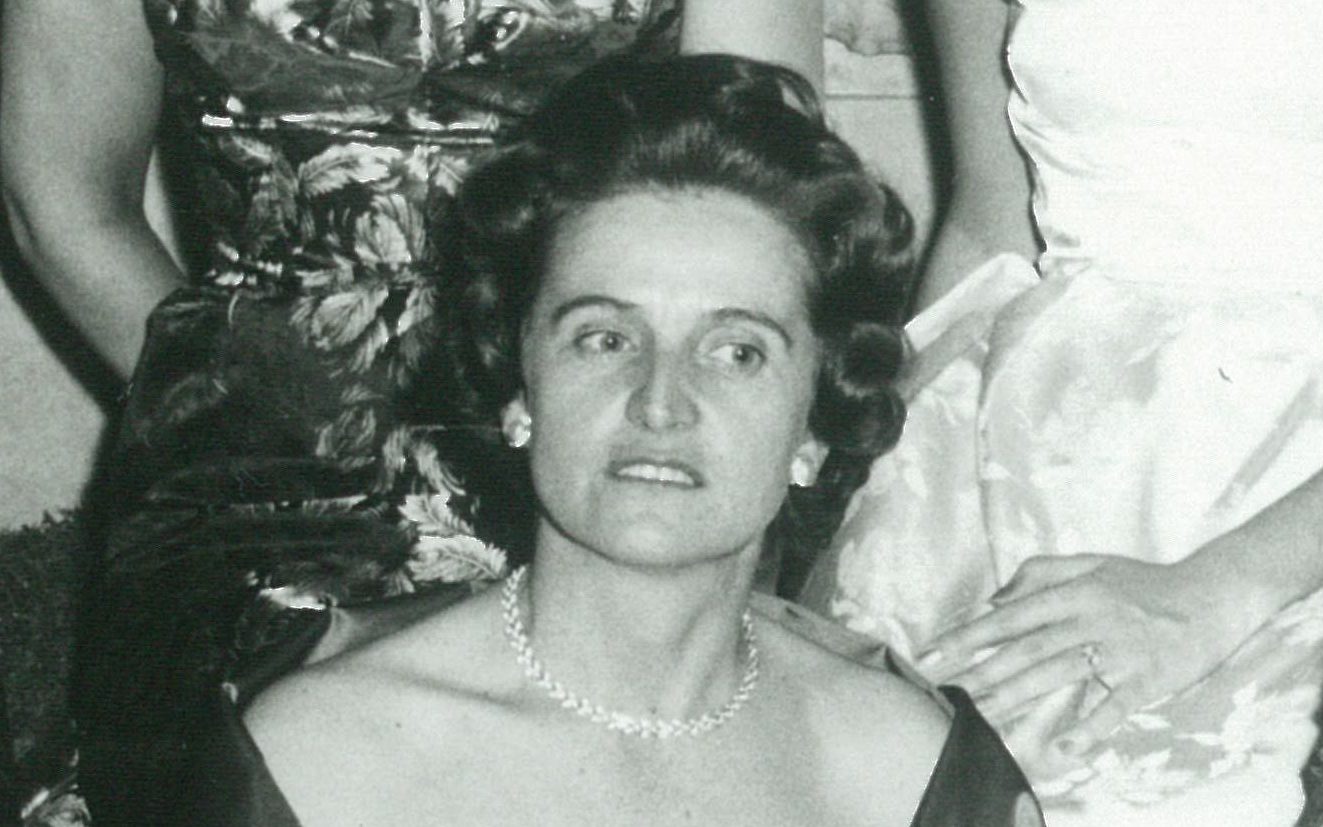 , about the life of the late Anna Sándor de Kenos.

Go to position 22 minutes 10 seconds here for the start of the piece (may not be available outside of UK – sorry!).

I have been able to find a copy of the obituary for Anna Sándor de Kénos and hope that you find it interesting reading.

Anna Sándor de Kénos, who has died aged 97, knew Patrick Leigh Fermor in Transylvania when he made his now legendary journey on foot, beginning in 1933, which took him from the Hook of Holland to Constantinople.

They met in July 1934 when he was travelling through Transylvania and Anna Sándor de Kénos was staying with some of her aristocratic neighbours.

This was the period immediately before Communism annihilated the almost feudal way of life of these ancient Transylvanian noble families which Leigh Fermor recorded in Between the Woods and the Water.

Anna Sándor de Kénos was close to the Csernovits family, one of whom, Xenia, became Leigh Fermor’s lover in 1934 and whom he later immortalised as Angela when the book appeared in 1986. She was also close to one of the book’s most enigmatic characters, Elemér von Klobusiczky, who features under the pseudonym Istvan.

Just over a decade later, on the bitterly cold early morning of March 3 1949, the majority of the Transylvanian aristocracy, including the Sándor de Kénos family, were arrested and taken away to internal deportation, Anna among them.

Like many Hungarians she fled Budapest in November 1956 when the Hungarian Uprising was still raging, settling first in New York. She spent the rest of her life helping many of her fellow dispossessed and impoverished aristocrats to settle in the United States. These included members of the Almásy family, one of whom was depicted in the film The English Patient (1996).

Her munificence extended to all Hungarians. However, it was with those still trapped under the repressive Ceausescu regime in her native Transylvania that Anna Sándor de Kénos’s real sympathy lay.

Though tiny in physical stature she earned the nickname “the titaness of Transylvania” for her fearless disregard for officialdom. This extended even to the intimidating Communist apparatchiks in Ceausescu’s Romania, which she revisited regularly from the mid-1960s. 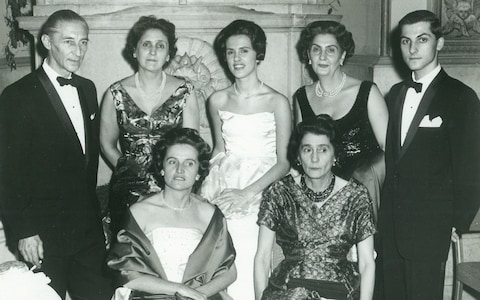 Anna Sándor de Kénos, seated front left, with other members of the Transylvanian nobility in exile at the Plaza Hotel, New York, 1960

Another favourite target was officious airport check-in clerks. Once, at Sarasota Airport, Florida, in the mid-1960s when checking in for a connecting flight that would eventually take her onward to Budapest, and laden down with massive overweight baggage containing clothes and food for the poor of Transylvania, she was ordered to pay a substantial overweight baggage charge.

Her response was to point to a lady on her left hand side and declare in a strong Hungarian accent: “Sir, as you can see, I weigh a mere 44 kilos, the lady on my left I reckon about 144, why don’t we split the difference in our combined weights, or perhaps you would rather have me take her with me and make her into a delicious Goulash for my poor people in Transylvania.” The charge was immediately dismissed.

At the age of 92 Anna Sándor de Kénos applied to a US bank for a 30-year mortgage of $100,000. Three years earlier she had walked the excruciatingly long route of the Csíksomlyó pilgrimage to a Marian shrine in central Transylvania, a journey that would have challenged pilgrims half her age.

It was an  unusual undertaking because the pilgrimage is the highlight of the Catholic calendar in Transylvania and she was a devoted Calvinist. She told a friend that she did it because “anything that was banned under Communism must be good for the soul”.

Anna Sándor de Kénos, known as Annuska, was born on March 21 1921 in Deva, the capital of Hunedoara County, which had been ceded from Hungary to Romania by the 1920 Treaty of Trianon.

The scion of a 16th-century Transylvanian noble family who were long characterised by unflinching determination and optimism in the face of adversity, she was one of two daughters born to Béla Sándor de Kénos and his wife Etelka (née Buda de Galacz), who were then living on the family estate near Deva.

The family’s circumstances were, like so many other “class enemies”, greatly reduced from quite comfortable to an indigent state under Communism in Romania. Though deprived of all the privileges that would have come to one of her class, Anna Sándor de Kénos was never resentful of her reduced situation.

She worked in New York for the renowned cosmetics company created by her fellow Hungarian Ernö László, whose client list included the Duchess of Windsor, Greta Garbo, Ava Gardner and Jacqueline Kennedy, before giving it up to work as a theatre nurse.

Anna Sándor de Kénos in Budapest on her 90th birthday

She spent much of her life in Sarasota, keeping open house for Hungarian émigrés. On occasion she had as many as 50 guests for dinner. The only rule was that guests should make a donation for her charitable interests in Transylvania. After the collapse of Communism in 1989 she spent part of the year between Budapest and her native Deva.

Although Anna Sándor de Kénos never married, her name was linked for many years to a Transylvanian nobleman who also never married.

With the death of Anna Sándor de Kénos, the last living link to the Transylvania and Hungary of Patrick Leigh Fermor’s Between the Woods and the Water has gone. She is survived by her nephew, Daniel Lészay de Lésza.