Yesterday I was dreaming of warmer climes whilst having to spend the weekend working on a project. I had previously received a kind invitation from the Benaki museum to attend the official opening of Paddy and Joan’s house, which took place on Saturday 19 October, but had to decline. The Prime Minister of Greece, Kyriakos Mitsotakis, and many other dignitaries were in attendance. Enjoy this report first published in protagon.gr and translated by Google 🙂

Mitsotakis at Patrick Lee Fermor’s house in Mani: “As a Cretan I feel double debt” The Prime Minister attended the inauguration ceremony of the renovated house donated by the British writer to the Benaki Museum. And he talked about the “Paddy” of the Resistance and his attachment to Crete, Mani, Greece … Πηγή: Protagon.gr

It was an evening when Mani honored her biggest friend. The iconic writer Patrick Leigh Fermor (1915 – 2011), who loved the land and its people and spent most of his life there after World War II. On this warm Saturday night in Kardamili, amidst stones and trees, Kyriakos Mitsotakis inaugurated the renovated home where the British writer lived with his beloved Joan. And the Prime Minister diagnosed a thread in all this.

“I am pleased to see that the initiatives of institutions and individuals in the field of culture and historical memory are multiplying. Twenty days ago we had the inauguration of the Pagrati Museum of Contemporary Art, which houses the unique collection of Basil and Eliza Goulandris. Today we had the opening of the house of Patrick and Joan Lee Fermor. Our government will stand by all such action, because we believe in a culture, a carrier of double growth, economic when combined with our history and culture, but also social, when it forms cultivated people, that is, true citizens. ” 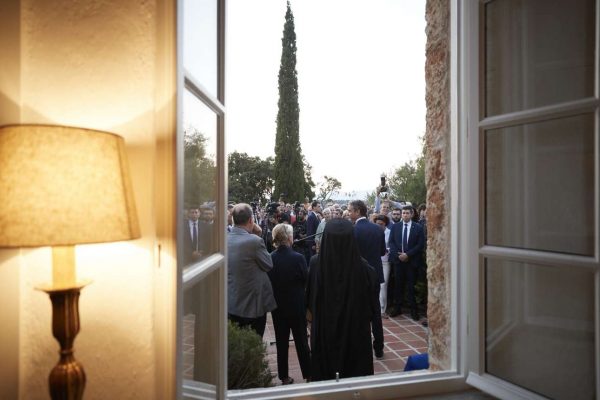 Mr. Mitsotakis emphasized this, among others, speaking at the inauguration ceremony of the renovated house donated by Patrick Lee Fermor and Joan at the Benaki Museum.

Speaking about Fermor, Mr. Mitsotakis pointed out that “all Greeks owe Patrick Lee Fermor, but as a Cretan I feel double debt, because” Paddy “, as his friends called him, during the Nazi occupation and for two years was Michalis, supposedly the shepherd of the mountains of Crete, who was also the link of the allies to the resistance on the island and of course the orchestrator of the great and emblematic business in the history of World War II, namely the kidnapping of the German general Heinrich Kraipe » . As he added, “this impressive energy then upheld the morality of all free consciences in Greece and everywhere in the world.”

The Prime Minister also said that “Patrick Lee Fermor chose to stay in Kardamili, after a hectic and certainly extremely interesting life, perhaps because the harsh landscape of Mani reminded him of Crete and the time of action for Crete. freedom, but unfortunately he never wrote the story of those years spent in Crete. ” 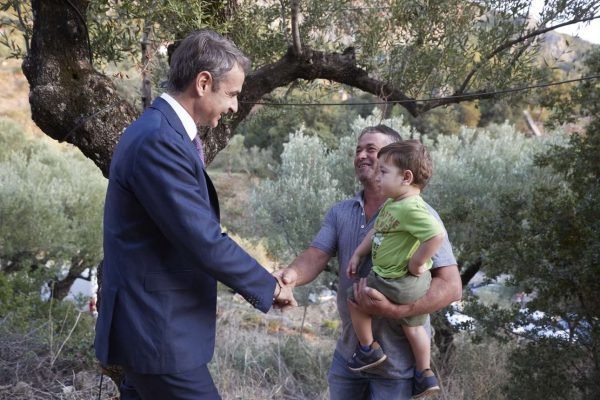 At the same time, he pointed out that Patrick Lee Fermor “showed us how a particular way of life, which he himself adopted, can be transformed into a pole of attraction for an entire country, starting with the natural environment, passing on daily living, dieting, stopping at culture and tourism and finally reaching what we call mild sustainable development. ”

Elsewhere in his speech, the Prime Minister stressed that “Patrick Lee Fermor’s wish came true with the care of Benaki Museum executives, the assistance of the Stavros Niarchos Foundation and the cooperation of the children of Giannis Tzannetakis, who was also her supervisor. donation. ” 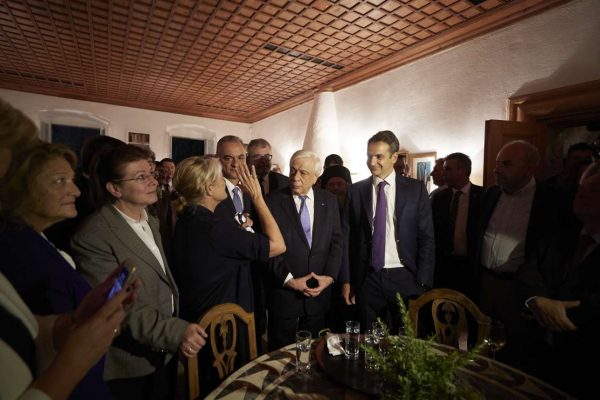 “All of them, ” he added, “honor his memory in the best possible way, and I want to thank them warmly and at the same time assure them that I and the responsible ministry will be with them.”

Earlier, the Prime Minister visited the town hall of West Mani, in Kardamili, where he was welcomed by locals and agencies. There he had the opportunity to discuss with the mayor, Dimitris Giannimara, the city council and residents about the problems facing the area.

1 thought on “The official opening of Patrick Leigh Fermor’s house in Mani: “As a Cretan I feel double debt” Mitsotakis”