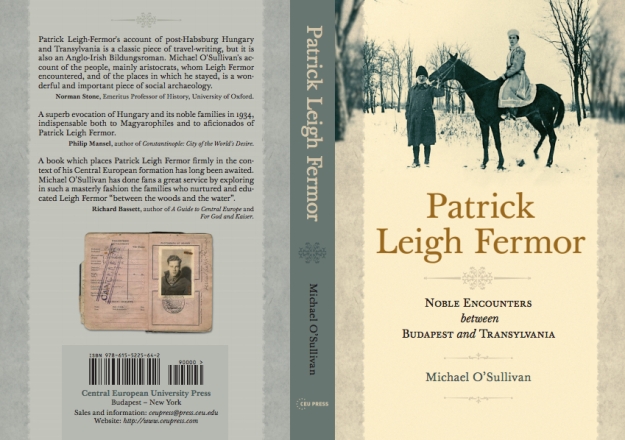 In March 1934 a young man stood midway on a bridge over the Danube which connected Czechoslovakia and Hungary. He was taking stock of a world which, ten years hence, like the very bridge he stood on, would no longer exist. Patrick Leigh Fermor had left London the year before, at the age of eighteen, to walk from the Hook of Holland to Constantinople to complete a journey which would later become the source for some of the best travel writing in the English language. As he stood on the Mária Valéria bridge, facing the ancient Hungarian city of Esztergom, he had no idea that he would one day become the chronicler of a form of social life which was soon to be extinguished by the vicissitudes of war and by the repression which so often went hand in glove with Communism…

Noble Encounters takes a different perspective on Paddy’s 1934 journey, meticulously recreating Paddy’s time spent among the Hungarian nobility. It is the culmination of many years of work and research by author Michael O’Sullivan. He has had access to the private papers and correspondence of many of Leigh Fermor’s hosts, has used extensive interviews with surviving members of these old noble families, delved into the Communist Secret Police archives, and even met the last woman alive who knew Patrick Leigh Fermor in Transylvania in 1934.

O’Sullivan reveals the identity of the interesting characters from BTWW, interviewing several of their descendants and meticulously recreating Leigh Fermor’s time spent among the Hungarian nobility. Paddy’s recollections of his 1934 contacts are at once a proof of a lifelong attraction for the aristocracy, and a confirmation of his passionate love of history and understanding of the region. Rich with photos and other rare documents on places and persons both from the 1930s and today, Noble Encounters offers a compelling social and political history of the period and the area. Described by Professor Norman Stone as “a major work of Hungarian social archaeology,” this book provides a portrait of Hungary and Transylvania on the brink of momentous change.

The book will be officially launched at an invitation only party on 25 May in the house in Budapest where Paddy stayed in 1934, hosted by Gloria von Berg the daughter Paddy’s Budapest host, Baron Tibor von berg. Attending will be a representative of every Hungarian and Transylvanian noble family PLF stayed with as he went castle hopping across the old Magyar lands. They all want to gather to honour the man who was witness to a way of life, and of an entire class, soon to be part of a vanished world a mere ten years after he stayed with them. O’Sullivan has even managed to find Paddy’s signature in the von Berg’s guest book from 1934 when he was signing himself ‘Michael Leigh-Fermor’ – an amazing survival from the Nazi and Soviet occupations of Budapest. Petroc Trelawny will be MC for the evening and the book will be launched by Prince Mark Odescalchi whose ancestor, Princess Eugenie Odescalchi, Paddy met in 1934. 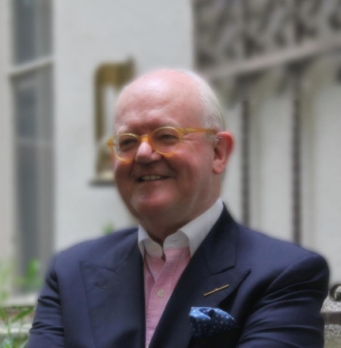 Michael O’Sullivan is an English Literature graduate of Trinity College Dublin where his postgraduate work was on the poet W.H. Auden. He curated the first major international symposium and exhibition on Auden in the Künstlerhaus Vienna in 1984. He was Vienna correspondent of the London Independent and later worked on both the Foreign and Parliamentary desks of Ireland’s national broadcasting service RTE. He is the author of bestselling biographies of Mary Robinson, Ireland’s first woman president and later UN High Commissioner for Human Rights. He has also written biographies of the founding father of the modern Irish state, Sean Lemass and of the playwright Brendan Behan. His association with Hungary began in 1982 when he became a frequent visitor to Budapest and when he met many of the old Hungarian noble families who met Patrick Leigh Fermor in 1934 and were then banished from their native land under Communism. O’Sullivan will be talking about his book at its public launch at the Danube Institute (Budapest) on 7 June (details here), and at the 2018 Transylvanian Book Festival

The book is published by CEU Press. It will be available soon on Amazon etc; I will endeavour to keep you updated. Here is a link to the pdf of the full book cover. PLF BOOK COVER FINAL EDITION

5 thoughts on “Noble Encounters between Budapest and Transylvania”