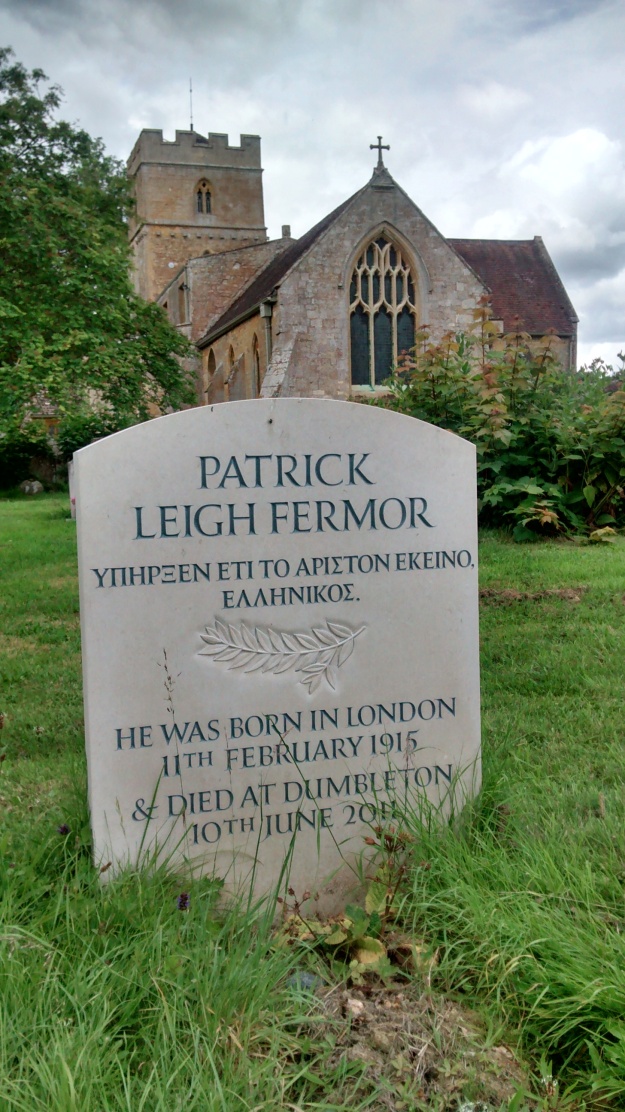 We were in Stratford-upon-Avon at the weekend to watch two brilliant performances of Shakespeare’s Henry IV parts I and II, and on the way home we paused to visit Paddy’s grave. It was a lovely day and as ever a beautiful and peaceful setting. Do visit if you can; Dumbleton is just 5 minutes off the A46.