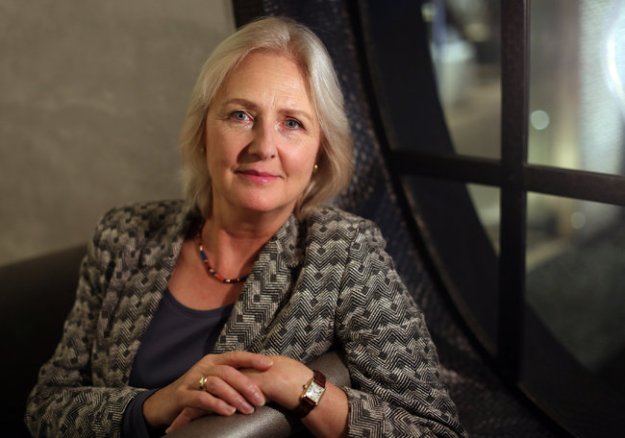 Great storytellers can be terrible interview subjects. Patrick Leigh Fermor, the British travel writer, was one of them. Artemis Cooper, the author of “Patrick Leigh Fermor: An Adventure,” recently published by New York Review Books, found out the hard way.

Leigh Fermor’s classic two-volume account of his yearlong walk across Europe in the early 1930s, “A Time of Gifts” and “Between the Woods and the Water,” disgorged a cornucopia of colorful characters, historical curiosities ancient and modern, reflections on geography and national psychology, and sparkling dialogue.

To a biographer, Leigh Fermor presented a series of tantalizing incarnations: the wayward child expelled from one boarding school after another; the footloose traveler across a darkening Europe; the wartime undercover agent in Crete, where he engineered the kidnapping of the island’s Nazi commander; and the celebrated travel writer, ranked by many critics among the greatest of the 20th century.

No wonder that Ms. Cooper headed into her assignment believing that she had taken on, as she put it in a recent interview, “one of the jammiest jobs in English biography.”

Not exactly. Leigh Fermor, who died at 96 in 2011, lived up to his reputation as a talker, but he turned out to be a maddeningly reticent and evasive one. On regular trips to his house in the Greek seaside village of Kardamyli, Ms. Cooper posed questions. Leigh Fermor ducked and weaved, charmingly.

“Paddy was not telling me anything he wouldn’t tell any journalist,” Ms. Cooper said. “He hated talking about himself. He hid behind this dazzling conversation, and I wasn’t getting anywhere.”

A breakthrough came when Ms. Cooper, 60, who has written books on wartime Cairo and the food writer Elizabeth David, volunteered to help Leigh Fermor organize his study. He would sit at his desk, pretending to be hard at work but dying to be distracted. Ms. Cooper would drop comments as she sifted through manuscripts and letters, causing Leigh Fermor’s ears to prick. Conversations ensued.

“It was no longer an interview,” Ms. Cooper said. “Tidying the room was a fig leaf. That is how I began to get pieces of the story.”

One piece was the unexpected discovery of an early version of that cross-Europe trek, which allowed Ms. Cooper and the travel writer Colin Thubron to bring the narrative to completion after Leigh Fermor’s death. “The Broken Road,” which picks up where “Between the Woods and the Water” ends, with its narrator still 500 miles from the city he always called Constantinople, was published in Britain in September. New York Review Books, which has made a cottage industry of reissuing Leigh Fermor’s work, plans to publish it in March.

Even after the ice was broken, Leigh Fermor still threw up obstacles and obfuscated. Ms. Cooper quickly learned that any woman he described as “a terrific friend” was almost certainly a lover. There were many. In a relaxed mood, he would spin enticing yarns, only to pull up short and plead with Ms. Cooper not to use the material. Of course not, she assured him.

The writer Artemis Cooper said: “It’s a terrible thing being a biographer. One is such a rat.”

Connecting the dots and filling in the outlines, Ms. Cooper executed a detailed portrait that Christopher Benfey, in The New York Times Book Review, described as “affectionately intimate, informative and forgiving.”

It could hardly help being intimate. Leigh Fermor had popped in and out of Ms. Cooper’s family orbit ever since she was a child. He knew her grandparents, Lady Diana Cooper and Duff Cooper, and her father, the writer and television producer John Julius Norwich.

Leigh Fermor made a deep impression on Ms. Cooper, she said, when she visited her grandmother on the Greek island of Spetses during a school holiday. She was 17. Leigh Fermor, revered by the local residents for his wartime exploits, loomed a Zorba-like figure, always in the thick of things whenever a bottle of ouzo appeared, and the dancing started on the beach. This was the man whom the travel writer Robert Macfarlane, reviewing Ms. Cooper’s book in The Guardian, called “a mixture of Peter Pan, Forrest Gump, James Bond and Thomas Browne.”

Ms. Cooper was entranced. “I developed a schoolgirl crush from which I’ve never really recovered,” she recalled.

Initially, her husband, the historian Antony Beevor, proposed that he write Leigh Fermor’s biography, but when other projects got in the way, the task fell to Ms. Cooper. She quailed.

“I was daunted by the books and his reputation as a great prose stylist,” she said. “There were those great chunks of history. I thought, ‘Oh, God, I can hardly put Moldavia and Walachia on a map.’ I thought I’d have to know as much history as he did. But it turned out to be not so difficult.”

In 2008, at the offices of John Murray, Leigh Fermor’s lifelong publisher, Ms. Cooper came across three black ring binders containing a typescript with the title “A Youthful Journey,” the basis for “The Broken Road.” It was Leigh Fermor’s overenthusiastic response to a 1962 assignment from Holiday magazine, which had commissioned him to write 2,000 words on the pleasures of walking.

Leigh Fermor responded with 84 pages describing his trip across Europe, getting as far as the Romanian port of Orsova. Then, in a long burst, he generated a small book’s worth of prose on the final third of his journey.

With “A Youthful Journey” in hand, thanks to Ms. Cooper, Leigh Fermor regained a sense of purpose. Although nearly blind and deaf, and clearly at the end of his very long life, he began working on the manuscript. Ms. Cooper and Mr. Thubron finished the job.

“All the energy was there, and all the words,” said Mr. Thubron, who did the bulk of the editing. The manuscript was written in the stage that Leigh Fermor called “letting it rip,” and that Ms. Cooper calls “the first whoosh.”

“It is raw compared to the polished gems of the first two volumes,” she said. “But Paddy never said at any point, ‘This is not working, I don’t want this to come out.’ He knew that it would be published. Maybe it made it easier to leave the world, knowing that it would appear, and that we would tidy it up. “

4 thoughts on “Mapping a Life, and Finishing a Long Trip”