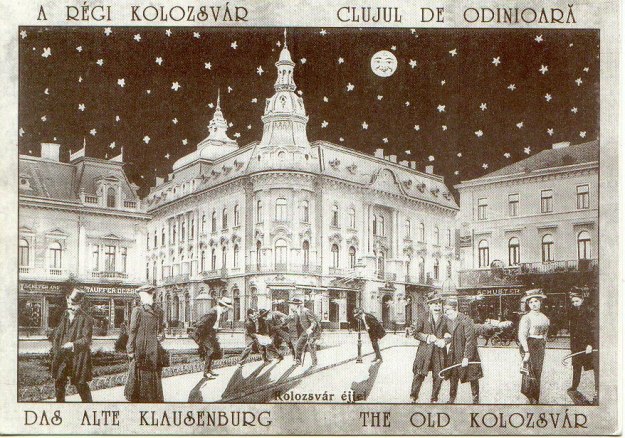 Thank you to my friend and colleague in Cluj, Stefi Timofte, for finding this picture for me. Of course it shows the Hotel New York (now the sad and decaying Continental) that Paddy visited with Angéla and István in the summer of 1934.

This story has been debunked in Artemis’ biography but I am not entirely convinced by the explanation in her book. Paddy says he got the details from a book in German, but the level of detail (see my story about the internal decor) implies that this book had very good photographs in colour or Paddy at least visited during one of his later visits to Romania.

For me, Paddy’s description of the romance of those days on the road, and the nighttime trysts with Angéla can never be diminished.

£1 a week – Rendezvous in Cluj

4 thoughts on “A postcard from Cluj”