Something interesting to add to the Ill Met by Moonlight story.

Question: The book Ill Met by Moonlight tells the story of the kidnapping of German General Kreipe. What became of him after he was taken to Cairo?

In January 1944, Cairo East section of the British Special Operations Executive (SOE) hatched a daring plot to kidnap the commander of the 22nd InfantryDivision based on Crete, General-Leutnant Friedrich-Wilhelm Muller.

The plot was led by Major Patrick Leigh Fermor, along with his second-in-command, Captain W. Stanley Moss (later author of Ill Met by Moonlight, a book made into a film of the same name), and two Greek SOE agents, all of whom arrived by sea.

General Major Kreipe succeeded Muller on March 1, 1944, but SOE elected to continue with the kidnap mission. Joining with Cretan partisans, the SOE agents studied Kreipe’s daily work habits and his travel route from his quarters at Knossos to the divisional headquarters at Ano Arkhanais.

On the evening of April 26, 1944, Major Leigh Fermor and Captain Moss, dressed as German military policemen, stopped Kreipe’s staff car on a hairpin turn under the guise of a routine traffic control point. After pulling the General out of the car and throwing him into the back seat, the agents drove him to an isolated spot, where he was taken on a gruelling cross-country trek over the mountains to the southern shore of the island.

On May 14, 1944, the SOE agents and their captive German general were picked up by a British motor launch off a desolate beach near Rodakino and spirited away to Mersa Matruh, Egypt. Leigh Fermor and Moss both received the Distinguished Service Order for the operation.

Kreipe was taken to London for interrogation before being transferred to prisoner-of-war camp near Calgary in Canada. He was later returned to the UK and imprisoned at Island Farm, Special Camp 11 near Bridgend. He was twice treated for diabetes at hospital Camp 99 at Shugborough Park in Staffordshire.

On October 10, 1947, he was transferred from Camp 99 to Hamburg via Southampton aboard the El Nil. Kreipe was honourably discharged from the military in 1947 and retired to Hanover. 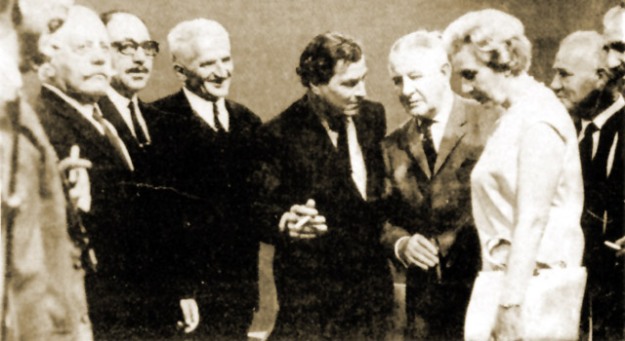 On May 7, 1972, the abduction team (minus Moss, who had died tragically in 1965) held a reunion in Greece at which Kreipe was also present. During the banquet, Leigh Fermor, in fluent Greek and German, said: ‘After 28 years, General, we apologise to you for what happened and hope you have no hard feelings.’ The white-haired general, sitting with his wife, nodded and said, ‘None; otherwise I would not be here.’ Later Kreipe and his captors appeared on the Greek This Is Your Life programme. When asked how he was treated by his abductors, Kreipe said firmly, ‘Ritterlich’ chivalrously.’ Kreipe died in Hanover in 1976 at the age of 81, Patrick ‘Paddy’ Leigh Fermor was knighted in 2004.